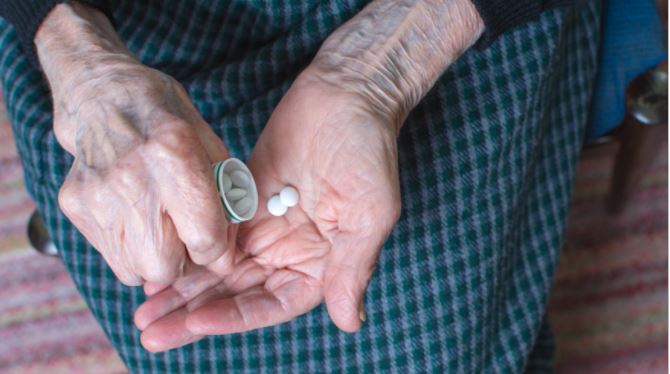 Why Are So Many Older Australians Not Taking Their Medications Properly?

Taking medications on a daily basis is a reality for most older Australians – and it’s something that needs to be managed correctly in order to improve health outcomes.

But for many, remembering to take medications on time can be a challenge. The World Health Organisation states that adherence to chronic medications is only 50%, which means medications are only taken properly 50% of the time.

The likelihood of an older person being prescribed one of the hundreds, if not thousands, of different medications available is much higher than that of a younger person.

And with increased age, comes the greater chance of developing multiple comorbidities, impaired physical function and cognitive decline, which can make managing medications a challenge.

How Many Medications Are Older Australians Actually Taking?

A 2014 research looked at medication usage in Australia, and found that medicine usage was increasing.

For older Australians living in the community, 66% of people over 75 years were reported to be taking 5 or more medicines, and more than 20% were using 10 or more.

Among people living in retirement villages, nearly 50% were using 5 or more different medications on a regular basis. It was also found that most used at least 1 medication on a “when required” basis and 1 over-the-counter medication.

In aged care, up to 95% of residents are prescribed 5 or more medicines – with an average of 7-10 medications per resident.

Research from Macquarie University found that 45% of aged residents were prescribed 10 medicines or more, and in extreme scenarios, about 4% are on more than 20 medications.

Medication usage in hospitals was also very high for older Australians, with approximately 9-10 medicines given to an older inpatient.

There was also a high amount of “changes” made to an older patient’s medication routine during their time in hospital, with an average of 5 to 7 different medicine changes, between admissions and discharges.

For patients in a hospital setting or resident in aged care, medication management in most cases is the responsibility of the nurses, health care staff or carers.

But for older people living in the community or those living in retirement villages, who are quite independent, the onus of medication management tends to be on themselves, a family member or carer.

How Can Medication Be Better Managed?

With any medication changes, comes the potential risk of non-compliance as the older person may not be fully aware of what changes have occurred, how the new drug/dosage impacts them and potential side effects to look out for.

There are also other challenges. Some do not know how to take their medication – how often and when, with or without food or if there are certain things they should avoid.

Some have anxiety in regards to taking too many medications, especially in anticipation of potential side effects. This may stem from not fully understanding the importance of their medication for managing their health condition.

While for others, they simply forget or have impaired physical function which disrupts their medication routine.

One company that is working to address this issue is MedAdvisor. They have created a free app that connects Australians to their local pharmacy to provide them with an automatic list of their medications. Reminders can be set up to tell a person when to take their medications, when to see their pharmacist or GP; and even allows them to skip the queue at the pharmacy by pre-ordering their medications.

It also acts as an information resource so that people can learn more about the medications that they take. As a result, the App has shown to improve medication adherence by more than 20%.

If an older person is being cared for by another family member or guardian, MedAdvisor also has a feature called Carer ModeTM which allows multiple family members to be managed under one account. This ensures that the carer has visibility of a loved one’s medications and can manage or order medications on behalf of them.

Not only does MedAdvisor create a peace of mind for carers, but for those managing their own medications, it provides greater independence and control of their health.