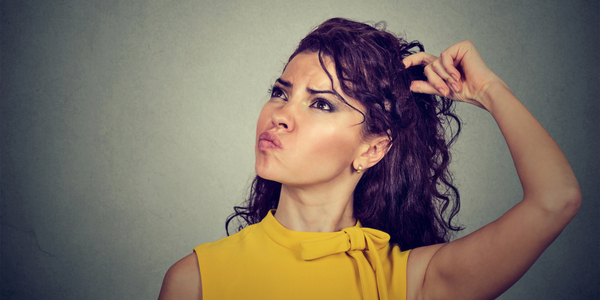 For many of us, digital dementia is a frequent occurrence. Spending hours in front of digital devices with poor posture leads to sensory dissociation whereby the back part of our brains – which is responsible for things such as visual signal processing – are overactive and the front – which is responsible for higher order thinking – is under utilised.

However, for Ashlee Bruce, a 34-year-old Melbournian, her memory problems are more severe with much more serious consequences.

Bruce was diagnosed with epilepsy over 10 years ago and suffers from both simple-partial and occasional complex seizures. These seizures cause her to sometimes black out entirely for a few minutes. Her episodes can also result in short-term memory loss, leading her to forget to take important medication or renew her scripts.

“It actually was a relief as I didn’t want to go to the doctors because I thought I had schizophrenia,” she explains with a laugh, which is why being introduced to MedAdvisor has been so impactful in Bruce’s life.

“Our modern, day-to-day lives are incredibly stressful and you’re forgetting everything all of the time.

“I have a never-ending to-do list all the time because of my memory issue due to the epilepsy so then to have my medication managed is a complete weight off my shoulders,” Bruce said.

However, her introduction to MedAdvisor only came years after her epilepsy diagnosis when she suffered a fall which led to her breaking her leg in two places, tearing two ligaments as well as cartilage in her knee.

“My mother was having to constantly go and get my medication and when I needed my dose adjusted my pharmacist would ring my GP to discuss.

“In the end, my pharmacist suggested we download MedAdvisor as a way of managing all of my different medications,” Bruce recalls.

With her list of medications clearly presented to her via the app, paired with the number of repeats she had and when they were due for renewal, medication management has been much more bearable.

“I would just place orders via the app and within 20 minutes I would be told that the scripts were ready to pick up,” she says.

Prior to downloading the app, managing her medication and coordinating her pharmacy trips was difficult for both Bruce and her mum.

“I was coming in late to the pharmacy, I was missing medications for longer than a week,” she says.

“I was really putting it off and I had no reminder. I would go into my pharmacy and they would be chastising me gently about how I needed to stay on my drugs, how important it is.”

For her mum, the app has provided her with greater clarity on what her daughter needs and when.

Now, while Bruce is no longer on pain medication for her fall, she still takes a number of drugs for her epilepsy as well as PRP injections to help with knee recovery, anxiety medication and medication for skin allergy.

“The app has been incredible … a life-changer for me. It makes life easier and much more manageable.

“A lot of my friends who are on a few medications have all downloaded it.”

Previous Story
← Flu season - Should you get the jab?
Next Story
How likely are you to develop diabetes? →