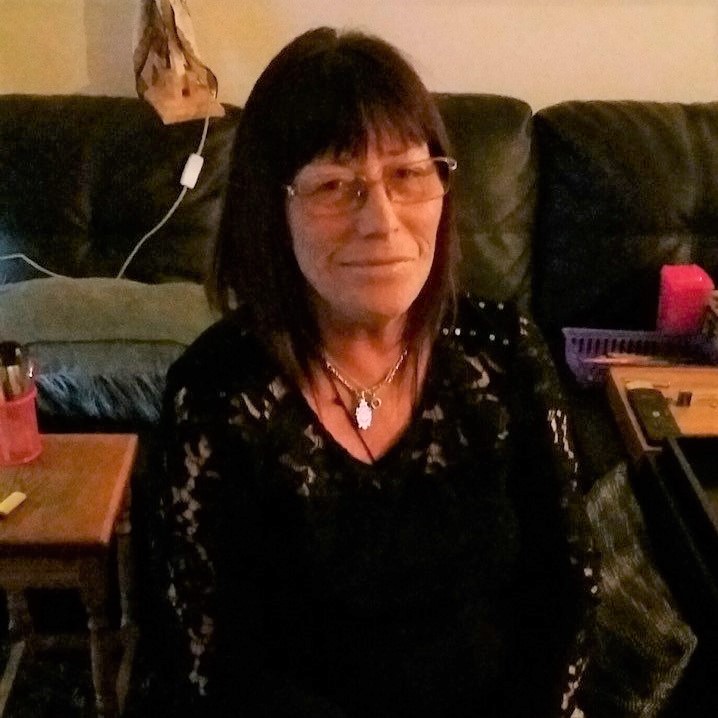 "I know how it feels to be isolated, daunted and broke"

When Gail Linford was growing up, her grandmother gave her a piece of advice that changed her life.

“I would have been about eight years old, but I remember her teaching me a really important saying,” Gail says.

“It went like this: ‘I used to be ashamed of my shoes until I met a man with no feet’.

“It taught me the importance of optimism and looking on the bright side, that there is always someone worse off than you.

“I have carried that saying with me for 52 years.”

It’s a good thing, too, as the saying has been a balm for the many bruises Gail has received over the years, most of which relate to her condition, spondylosis.

Also known as cervical osteoarthritis, Gail’s condition relates to the breakdown of the bones, discs, and joints of her neck.

“They think, in my case, it could have been caused by a forceps delivery when I was born.”

About six months ago, Gail, who is on a disability support pension, fell and injured her left hip and lumbar spine.

“We found out later that I ruptured the bursa in my hip and both shoulders, and I am having epidurals as a result,” she says.

The pain from the fall is compounding the pain of her pre-existing spondylosis condition, and Gail is on at least 15 tablets a day, which includes anti-depressants to help with depression, anxiety, vertigo, and claustrophobia.

“I am having an MRI scan and a bone scan next month (April), which will determine whether I keep having the epidurals or whether I have a procedure,” she says.

“If I do have a procedure it will mean that a permanent stent will be placed inside me, which will cut off all feeling in my legs and I will be in a wheelchair.

“So the writing is on the wall, but it could be worse. There are a lot of people worse off than me.”

In fact, Gail regularly comes across people in waiting rooms who are much worse off than her, which helps put things into perspective.

“I had a conversation in the waiting room with an elderly woman recently, she was 87, and she had to ask her unfriendly neighbours to take her to the hospital,” she says.

“She had no friends or family so it made me realise how lucky I am. A nice man took her details and wrote out contact details for some of the services that she was entitled to, so that was good.

“But I haven’t been able to stop thinking about her ever since and wondering if she is OK.

“I guess I know how it feels to be isolated, daunted and broke.”

While Gail is constantly battling pain, she isn’t without resources. She has a carer that helps her and, of course, the MedAdvisor app manages her medication.

“Before I downloaded the app, I was always losing my scripts,” she says.

“Now I can hit re-fill and my carer can pick up the scripts for me. It’s good, too, that she doesn’t have to wait.

“When you’re struggling with pain and mental health issues every day, then every little bit helps.”

Previous Story
← 7 Simple Ways to Make Exercise a Habit
Next Story
Influenza: If and When You Should Vaccinate →