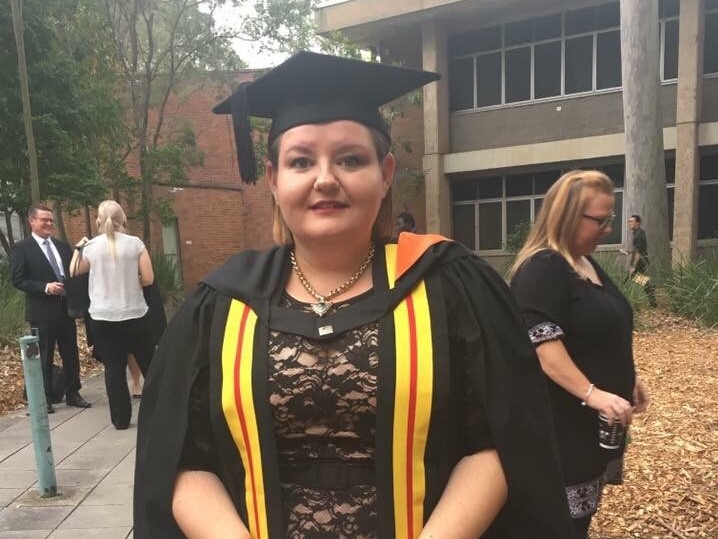 People just need to be heard

Sarah Colliss spends a lot of her time listening to people.

The Indigenous nurse from the central coast of NSW is acutely aware of how many patients feel they’re not being listened to by those in healthcare, let alone by the people they love.

“And everyone has a story to tell.”

Sarah should know. She has been at the frontline of healthcare for as long as she has been working, which has exposed her to people from all walks of life, suffering all kinds of ailments.

After she graduated from a nursing degree, Sarah worked for many years as a psychiatric nurse, which she says involved a lot of paperwork and, most enjoyably for her, talking to people.

“People would tell me these amazing stories and it was always great when you saw someone get the help they needed.

“I remember this one girl came in and she had suffered terribly, had a history of drug-taking and had been abused.

“I saw her years later and she was doing so well, and had started a family. It was satisfying when you saw the system help someone.”

So why was this particular girl successful in turning her life around?

“I think it comes down to determination,” Sarah reflects.

“She really wanted her life to change.”

“I really wanted to give back to the community,” Sarah says when asked why she joined the organisation.

“Throughout my childhood, the indigenous community was there for me and supported me through my high school, my university, my divorce and my miscarriage, so it was a chance for me to be directly involved.”

Some of Sarah’s clients will not see Christmas, but it’s not a fact she runs away from. Rather than hiding from the diagnosis or trying to make them feel better, she addresses their terminal illness directly.

“I ask them what they’re going to miss about life, if they have done everything they want to do,” she says.

“Acceptance is hard, but people need to acknowledge that it’s happening, and it’s really important we listen to people’s stories.”

Sarah is not unfamiliar with some of her patients’ struggles. She was diagnosed with Type II diabetes about three years ago, a condition that is over-represented in the Indigenous community.

She uses MedAdvisor to remind her to take her own medication, as well as her partner’s.

Sarah is also determined to be a role model to her father, who also suffers from diabetes.

“I manage it well now and try and look after myself so I use that as an excuse to say to him, ‘Look, what I am doing’,” Sarah says.

“I’m hoping to it will encourage him to manage his diabetes as well.”

Sarah is not taking the diabetes diagnosis lying down either, and has a plan to beat it into submission through bariatric surgery.

“This will help me to lose weight and I can then hopefully see the diabetes disappear,” she says.

“I know that diabetes limits your life and has an effect on those around you.

“Plus, I have a great fiancée and I want to spend as much time on earth with him as possible.”