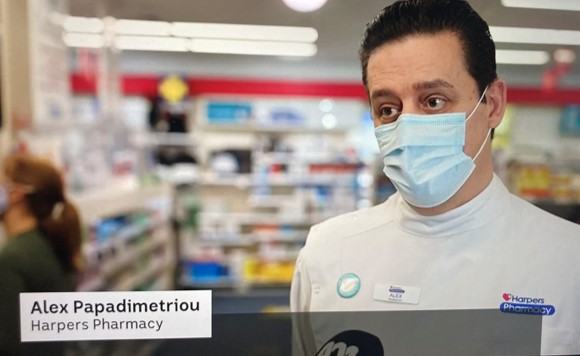 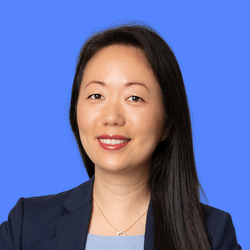 As much of Australia remains in lockdown and governments continue international negotiations in attempts to organize vaccine shipments into the country, as of August 26, around a quarter of the population is now vaccinated.

To date, Australian Prime Minister Scott Morrison has organised 195 million vaccines into the country, maintaining that the lockdown guidelines will remain until 70% of the nation’s population is fully vaccinated.

You can't live with lockdowns forever and at some point, you need to make that gear change, and that is done at 70%," Morrison said in an interview on ABC National News. "

Lockdowns are not a sustainable way to deal with the virus and that's why we have to get to the 70% and 80% marks, so we can start living with the virus."

At the forefront of the battle are health professionals such as doctors. But, there is a relatively new kid to the block helping with the vaccine rollout, and those are our Aussie pharmacists.

A study conducted in August of this year by NAB Business Research and Insights, found that one in three Australians consider pharmacists to be their most important health provider.

The survey also found that one in five respondents would like to visit their pharmacists for health screening tests and six in 10 believe that pharmacists should be able to renew prescriptions.

Now, nearly 2,500 pharmacies in Australia have now begun offering vaccines to citizens. This is compared to two weeks ago when only 288 pharmacies were offering the jab.

The efficiency at which vaccines are being administered can be attributed to many of the pharmacists using MedAdvisor, allowing Australians to book and complete the pre-screening questions to get their vaccines quickly and efficiently.

One of MedAdvisor’s partner pharmacies, Harpers Pharmacy in Earlwood, has administered the most AstraZeneca vaccinations through MedAdvisor. They are now performing the most vaccinations in-pharmacy in the nation.

Harper's Pharmacy has been giving vaccinations since the end of July.  Alex Pappadimetriou, owner of Harpers Pharmacy said that their pharmacy

has administered over 2,000 AstraZeneca vaccines to people of all ages, disabilities and cultural backgrounds, with the youngest being 18 and oldest being 109.

We are really passionate about offering as much support to the Earlwood community as we can and ensuring easy and quick access to a vaccine is just one of those ways we can keep the community safe,” Pappadimetriou explained.

Being one of the first pharmacies in the nation to offer vaccines, Pappadimetriou spoke on the increased demand for vaccines.

So far, around 31% of people aged over 16 have been fully vaccinated, while 54% have had at least one dose.

According to data from MedAdvisor, the majority of the doses being provided are in NSW, but numbers are growing at a rapid rate in other states such as Victoria and Queensland.

Pappadimetriou spoke about the sense of unity he’s felt throughout the rollout of the vaccines, saying

We’ve seen people from lots of different backgrounds seek out the vaccine and haven’t seen much (if any) vaccine hesitancy from the Earlwood community. Everyone is rallying together to keep the community safe and doing their bit by getting the vaccine.”

Pappadimetriou also encourages those who have not yet been vaccinated to get the jab.

Lockdown is challenging for everyone and we are keen to keep the numbers high and encourage anyone who is eligible to come down and get vaccinated.”

This is further echoed by NSW Chief Health Officer Kerry Chant who stressed during a televised media briefing in state capital, Sydney, the importance of getting vaccinated amongst the increasing number of cases.

"This highlights ... the fact that vaccination is the key. We need to increase those vaccine coverage levels,"  Chant told the media.

With Australia’s vaccination pace ramping up, beating the odds of countries like the United States and the United Kingdom, there is hope for lockdown to be lifted in the near future if the country hits Prime Minister Morrison’s target of 70%.

This comes as Treasurer Josh Frydenburg warned state leaders on August 25, that the current economic emergency support being provided may be withdrawn if Australia is able to get 70%-80% of its population vaccinated.

There should be no expectation on behalf of premiers and chief ministers that our emergency economic support will continue at the scale that it is currently," said Frydenberg.

With pharmacists working around the clock on the frontline, it is likely that their role will be further understood in the primary health circle post-pandemic.

With pharmacies joining the rollout process it means that there’s less pressure on GPs and hospitals, and provides more options for people who are seeking a vaccine,” explained Pappadimetriou.

If you aren’t vaccinated yet and are planning to, book an appointment through the MedAdvisor app to get vaccinated at your local pharmacy.

Previous Story
← Medication Reminder: How to remember to take medication, safely, effectively and on time.
Next Story
How Pharmacists Can Manage Stress During Covid-19 →