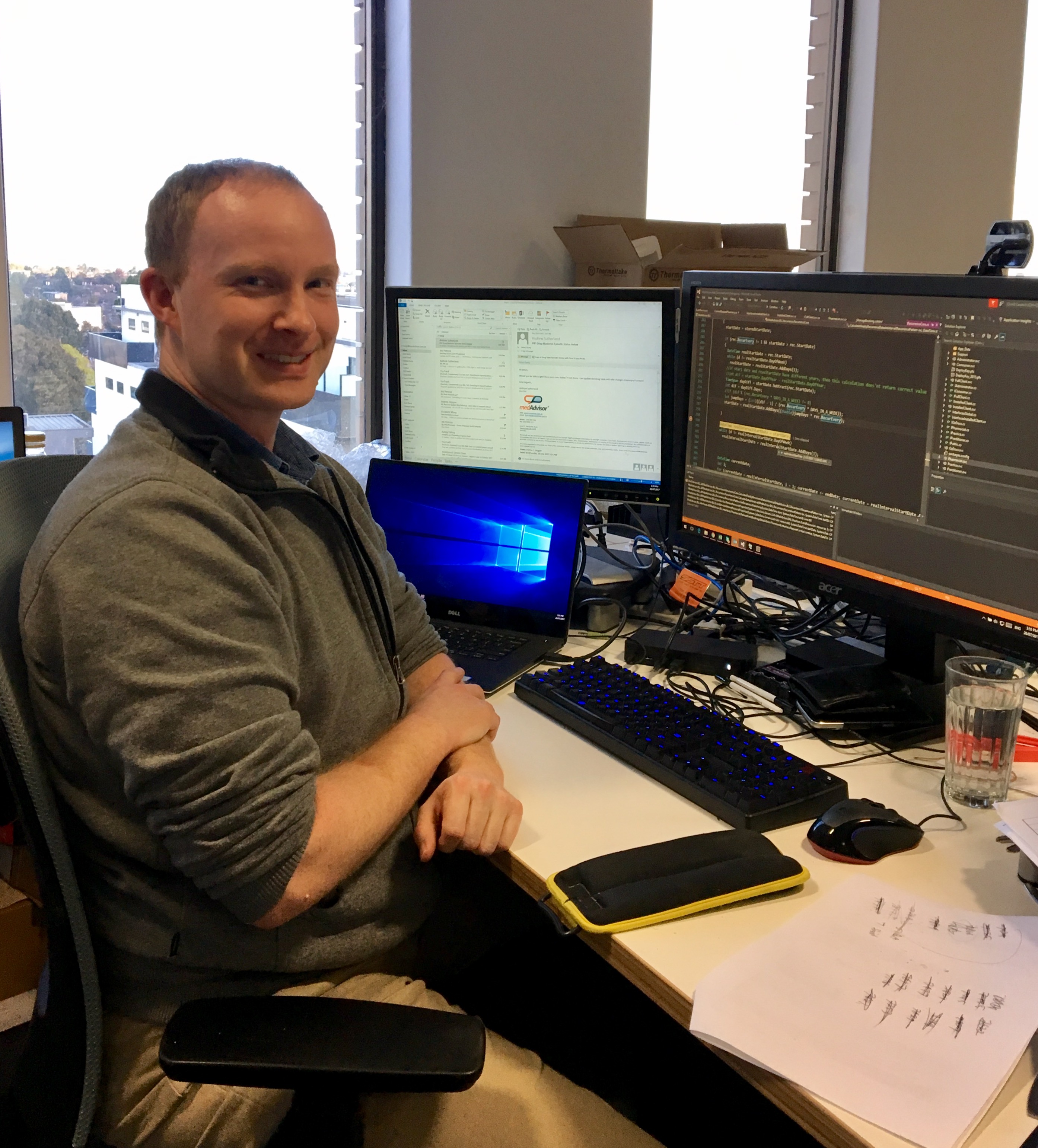 "I wrote the first line of code for MedAdvisor"

At MedAdvisor, we are extremely fortunate to have a number of amazing individuals who relentlessly innovate every day to improve convenience and access to healthcare through the technology we create.

Today, we shine the spotlight on our Lead Developer, Craig Schnuriger, who has been with MedAdvisor since creation.

How did your journey start with MedAdvisor?
Originally, I was in IT contracting for various companies which was okay but it wasn’t something that I could see myself doing for the next forty years. I was more interested in building things from scratch.

I had been working alongside Josh Swinnerton for a number of years, and he had a very similar entrepreneurial mindset where we were both passionate about building something from nothing. We were both working in the US at the time and we had seen a big demand for an app like this, and it just evolved from there.

What were those early days like at MedAdvisor?
We were a very small team (3 people) and we worked in this little cupboard where we literally coded all day long.

Did you have any idea as to how big MedAdvisor would become?
No, when we started with the idea of MedAdvisor, we had no idea of where it would get to or what it would become. We thought success was when we would have 300 pharmacies using MedAdvisor or a few hundred users, but it just continued to evolve.

It’s very rewarding knowing that the technology that I started building in 2012 is now being used by thousands of pharmacies and thousands of users on a daily basis!

What’s a typical day now like at MedAdvisor for you?
It’s generally a combination of managing and co-ordinating of people and projects, and (sometimes) getting back into the code.

What’s your favourite part of the day at MedAdvisor?
It would be seeing projects come together. It is very satisfying to see weeks or months of work being dropped into production and watching it being used for real.

And finally, a few quick questions before you get back to the code…

Favourite MedAdvisor Feature? Tap-To-Refill
Favourite Tech Device? Galaxy S8 (Android all the way)
Number of apps on your phone? Countless
Three things you can’t live without? My family, Sparkles my dog, My laptop!
Favourite Saying? “It’s not about the cards you’re dealt, but how you play your hand.”

Previous Story
← "Using technology to manage my medications has made an amazing difference"
Next Story
The health app helping over 840,000+ Australians →