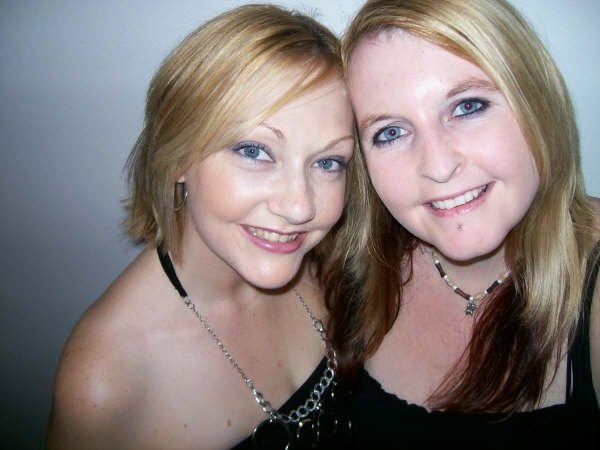 This year, it is estimated that over 1,600 women in Australia will be diagnosed with Ovarian Cancer; and more than 1,000 women will die from it.

My best friend, Simone, was one of those “statistics” nine years ago. First diagnosed at the age of 22, she battled ovarian cancer for 3,285 days. She would constantly go into remission, get hit with more tumours, go back into remission, and get hit again. Until finally, at the age of 31, she was told there was nothing more they could do and within weeks – she was gone.

During those nine years of her fighting, there were so many things that came as a shock to me, her family, and even Simone. To start with, she was so young! Ovarian cancer is most common in women over 50 and in women who have stopped menstruating.

Secondly, she had no family history of ovarian cancer. And thirdly, the only reason they found the cancer was because they were doing scans on her already-diagnosed endometriosis. No one had considered that there could be something so dark lurking beneath her bloated tummy.

And it’s for this reason that Ovarian Cancer has often been referred to as the “silent” killer. Often, by the time your symptoms start to show – it’s too late and the cancer has already progressed to an advanced stage.

How to recognise the "silent killer"

This February, the Australian government has promised a boost of $3 million to Ovarian Cancer research – but research is not enough! The key to surviving is early detection. If detected in its earliest stage, the survival rate for Ovarian Cancer is promising.

Unfortunately, there are no screening tests available at the moment (though there is hope!) and the symptoms are often so subtle, or so common, that you simply don’t consider that there could be something wrong.

Some of the symptoms that may indicate ovarian cancer may include one or more of the following:

If you find that any of the above symptoms last longer than 2 weeks, it’s best that you go and see your doctor for a check-up.

On February 13, Simone would have turned 40 years old. Although February is always an important month for me to spread awareness of Ovarian Cancer, this year it means so much more. So, to all, I encourage you to spread the word with me.

By talking about ovarian cancer, we can make more women aware of the dangers of the “silent” killer and help to reduce the shocking statistics around it.

Please take the time to share this blog with your friends, family, colleagues and even, strangers. And if anyone is concerned, encourage them to seek help. It might be nothing, or it could just save a life.