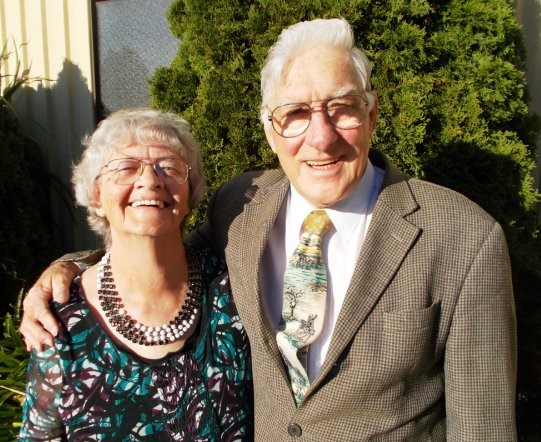 "Two nights without my medication was murder"

Ray Hawkins knows first-hand the agony of having to go without his medication.

In October, Ray and his wife, Mary Ellen, left their Tasmanian home at picturesque Beauty Point to visit family in Brisbane.

Ray, who has high blood pressure and Restless Leg Syndrome (RLS), made sure he packed his medication for the trip — only to leave it on the kitchen bench.

“We realised once we arrived and it was too late,” he says. “It was hot and humid in Brisbane, and my legs were dancing about from the Restless Leg Syndrome. It was murder. No one got much sleep that night.”

Ray and Mary Ellen are used to the cooler climates of Tasmania, and the sub-tropical heat of steamy Brisbane made sleep even harder.

“I am not from Tasmania originally, but I love the cooler weather,” Ray says.

After his restless night, Ray visited a pharmacist in Brisbane the following day and explained his predicament.

He told the pharmacist his script for the Restless Leg Syndrome medication was with his MedAdvisor pharmacist in Tasmania, which made all the difference.

“The pharmacist phoned my pharmacist, Boris, and Boris arranged to transfer the script up to her in Brisbane,” he says.

“It was ready to be picked up the next day, so I only had two nights without the medication.

“It was much better on that third night and we spent a total of eight days in Brisbane so it was a big relief to be able to get access to the medication.

“At one stage we considered asking the kids to break into the home and send the medication up, but by the time it would have arrived we would almost be due to leave.

“So having the script on file with our MedAdvisor pharmacist was what made a big difference.”

Restless Legs Syndrome (RLS) is a neurological disorder characterised by unpleasant sensations in the legs, usually experienced when trying to sleep.

When Ray was younger he reasoned that the night-time twitches were the result of an active and sporty lifestyle. As he got older, and the condition became even worse, he figured it was just something he and his wife, Mary Ellen, would have to “put up with”.

“We sleep in a double bed, we don’t want separate beds, so it affects her, too,” he says.

“If I’m thrashing about, she doesn’t sleep either. My father definitely had it, but I’m not sure if any of my kids do.”

A chat with his doctor a couple of years back changed everything.

“He told me, ‘You have restless leg syndrome and we can fix that’,” Ray says.

“It was a great relief and it made a big difference straight away. The medication takes three hours to take effect but then there is no problem.

“It allows Mary Ellen and me to snore peacefully without disturbing each other.”

Because the MedAdvisor app reminds Ray when his scripts are due for renewal and when to take the medication, Ray never has to worry about forgetting or running out.

“It makes it so much easier for me to manage,” he says.

“I never have to keep track of when I’m running out, the app will just let me know, and that way you can fall into a seamless routine.”