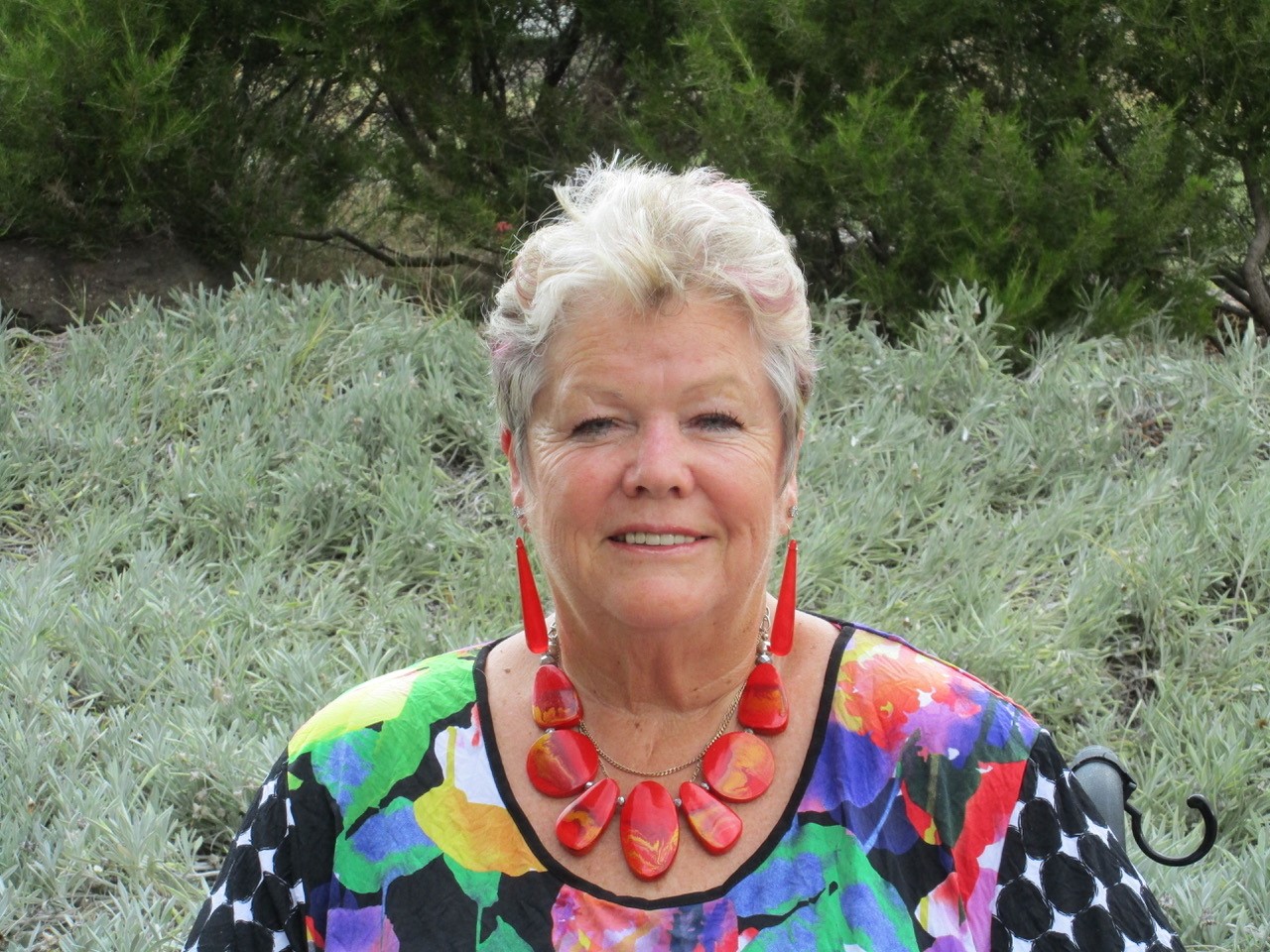 "After the accident, I take 37 tablets a day"

A lot of these daily pills are vitamins — about 20 different kinds — but 17 of the pills are to manage her pain and injuries after a car struck Vicki 26 years ago.

Vicki can’t remember the accident, nor the weeks leading up to it. But husband, Ian, as well as friends, family, and medical staff, have filled in some of the gaps for her.

She was using a pedestrian crossing with lights on Pittwater Road, on Sydney’s Northern Beaches, when a driver ran a red light and ploughed into her.

The crash broke nearly every bone on the left side of her body and she suffered a traumatic brain injury. She spent three months in a coma and a total of 12 months in the hospital.

“Ian, my son and my two daughters visited me in the hospital sometimes three times a day, but I didn’t remember much when I came to, and I thought the prime minister at the time was Gough Whitlam because I had post-traumatic amnesia,” Vicki says, with a laugh.

“I even gave the name and address of my first husband to the doctor during memory testing, which made Ian laugh.”

“Ian has been, and still is today, my rock when I need help.”

When Vicki returned home she had to learn how to do everything from scratch. She couldn’t talk, dress, shower, walk or feed herself.

“I was so frustrated and I cried a lot at first,” she says.

“I remember throwing my shoes at the walls and out onto the balcony in frustration and Ian pointed out that they could go over the edge and hurt somebody. And that was a reality check: I didn’t want to injure someone else like I had been injured.”

While it hasn’t been an easy road to recovery, Vicki was determined to live a full life. She now uses a walker at home and relies on a wheelchair to get around outside.

“The strange thing is, it wasn’t even my first accident: I had broken my neck before when I rolled my car,” she says.

“But there won’t be a third, I’m sure of that. You have got to stay positive.”

Staying positive has been crucial to Vicki’s success. These days, she travels widely and volunteers regularly, including on remote properties in Australia for V.I.S.E. — the Volunteers for Isolated Students’ Education program.

She is a keen Rotarian, a recipient of the Order of Australia medal, and her name was recently inscribed on the Wall of Fame at Royal Ryde Rehab hospital, where she spent a lot of her time after the accident. Vicki talks to other intellectually disabled people and their carers at the government’s My Choice Matters CID events and is now a qualified social worker.

Ian and Vicki — who have been married for 30 years — have plenty of travel planned too, including cruises around Asia and New Zealand.

“It will never be the same, but life goes on via a different path from my planned journey,” she says.

“Different but still exciting and offering a challenge.”

Vicki says the greatest benefit of MedAdvisor has been the psychological freedom she has gained.

“It means that my time is now my time again,” she says.

“I don’t have to worry about keeping track and needing to obtain new scripts as MedAdvisor keeps me up to date if I’m running low.

“MedAdvisor is my third hand looking after this for me.”