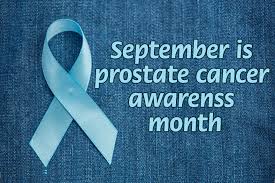 “Don’t be Squeamish. Go and get tested!”

Simon Lewis has a stern message for men too squeamish to ask their doctor to be checked for prostate cancer: do it anyway.

“It’s much better to be tested than having to go through rounds of chemo because you were too scared to get your prostate checked,” the 62-year-old says.

The former software developer and lawyer is recovering from a punishing series of five three-week cycles of chemotherapy for prostate cancer, which he finished in early July.

“I was scheduled to do a sixth, but the side-effects, particularly swollen feet and legs, caught up to me,” he says.

“Chemo is a real killer on the body and its effects were cumulative, so it was horrendous by the end.”

Simon was diagnosed with advanced prostate cancer in mid 2017, and a few months later his prostate was removed, along with eight lymph nodes —one of which showed signs of cancerous cells.

Simon still receives quarterly hormone injections, while trying to repair the damage done by the chemotherapy through regular exercise and healthy eating.

“Daily swimming helps me mentally and physically,” he says.

Simon’s natural dynamism and zest for life is starting to return, and he is keen to spread the word to other men about the importance of getting checked.

“In my opinion, prostate cancer is almost an inevitable condition for men, if they live long enough,” he says.

“When you are affected by it depends on your age, genes, environment, and how well you look after yourself.

“The sooner you can get tested, the sooner you will be able to start managing it (if you have it), and benefit from the encouraging medical breakthroughs working their way through the system.”

Most importantly, men need to start being pro-active about their health and not assuming everything will be OK.

“It’s mind-boggling how complex the disease is,” Simon says.

“It’s one of the biggest killers of men and it needs to be taken seriously by men.

“Even slowing down the progress of the disease, if you do have it, to ensure it never gets to a dangerous stage is worthwhile.”

And, of course, prevention beats cure.

Simon’s message is a timely one. The month of September marks International Prostate Cancer Awareness Month, and the Prostate Cancer Foundation of Australia is urging all men over 50 — or older than 40 for men with a family history — to visit their GP and get checked.

Prostate cancer is the most commonly diagnosed cancer for Australian men with almost 20,000 diagnoses annually, according to the Prostate Cancer Foundation of Australia.

Most startlingly, 3500 men die from cancer each year in Australia and more men die from prostate cancer than women die of breast cancer.

Prostate cancer develops when abnormal cells in the prostate gland grow faster than those in a normal prostate, forming a malignant tumour.

Most men are diagnosed via two types of tests. The first is a blood test that measures PSA levels, which are the proteins made by both normal and cancerous prostate cells.  High levels of PSA may indicate the presence of cancer.

The second is a digital rectal examination, in which the doctor is able to feel for an enlarged prostate.

One in seven men will be diagnosed with prostate cancer by the age of 85. It is more common in older men, with 63 per cent of cases diagnosed in men over 65 years of age, the Cancer Council notes.

While acknowledging that there is no evidence that certain diets can stop prostate cancer from developing, the Prostate Cancer Foundation of Australia recommends eating nutritious meals and undertaking regular exercise to “improve your overall health and possibly reduce the risk of prostate cancer”.

For more information and to spread the word on getting checked, visit http://www.prostate.org.au/get-checked/