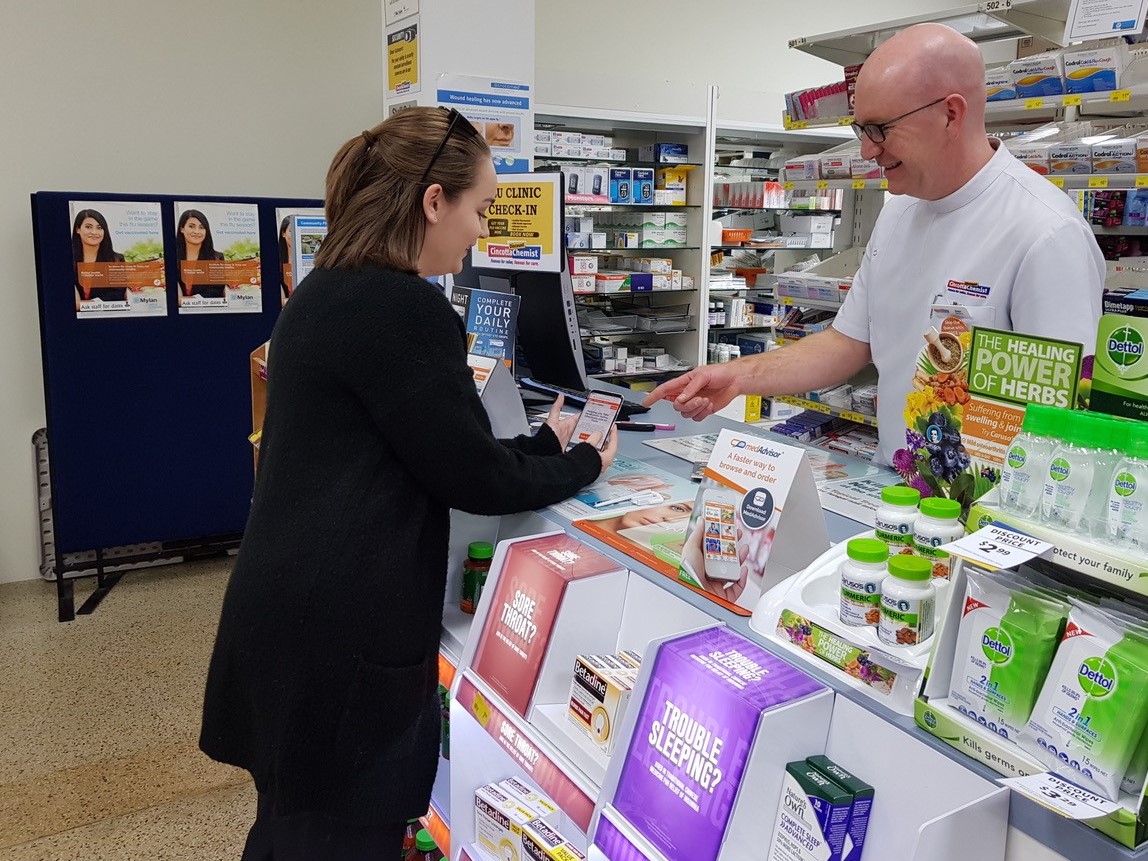 As far as local pharmacy success stories go, this one is hard to beat!

The Cincotta Discount Chemist at Revesby, in Sydney’s south-west, introduced the MedAdvisor app two months ago, and within the first two weeks alone signed up some 108 customers.

“And instead of us receiving phone calls during the day from our customers asking for their prescription to be filled, the customer can do that when it’s convenient for them, which is sometimes overnight through Tap-To-Refill.

“I often come in, in the morning and have a number of scripts to put through from overnight, and I can deal with those quickly first thing.”

So what is the secret of the Revesby’s staff success? How did they achieve so many sign-ups so quickly?

According to Peter, it came down to simply having conversations with their customers.

“We targeted people who had scripts on file, so essentially many of our regular customers,” Peter says.

“And that made uptake really fast and easy. We also identified customers who are on multiple medications, as the app is a way for them to better manage their medications, as well as their repeat prescriptions.

“I think really ‘owning’ the app is important, too. So we say to them, ‘We now have an app that you can download for your device to help you manage your medication’.”

Where possible, Peter and the rest of the staff also take the time to help their customers download the app.

“People are sometimes a bit reluctant to try a new app because of their fear of technology, so if we have the time we help them download the app in the store,” Peter says.

“This is a lot better than saying, ‘There is a link that will come through to your phone that will help you download the app’; it simplifies the process a whole lot more.”

In addition to streamlining the dispensing of medication, MedAdvisor has also helped engender customer loyalty.

“It has only been a little while, but I think it’s creating greater loyalty among the customers who have taken it up,” Peter says.

“You can’t judge a book by its cover, either, because an older person will come in and you think they may not have a smartphone device, but often they do and they are the ones most interested in the app!”

Peter notes that technology will have a great role to play in the pharmacies of the future.

“We have used SMS messages in the past, but MedAdvisor is a natural progression that gives the customer greater ownership of their medication,” he says.

“That’s what I like most about the app, really, is that customers can be more proactive in managing their medication rather than them waiting on us to tell them that something is ready.”

Peter points out that a point of difference is crucial in the competitive retail environment, where the bigger giants can pose a threat to local pharmacies.

“Some people will always go after a price point, which is one of the big threats posed by the big retailers,” he says.

“We have a competitive price point regardless, but I think a lot of pharmacies are being driven out because they can’t compete on price.

“And I think the way forward is that you need to add something different, something that is about loyalty and customer service.

“That is a strength that a lot of the older customers appreciate. They like that rapport, they like to get to know their pharmacists on a first-name basis.”

And, of course, continuing to highlight the benefit of MedAdvisor is part of that service.

“That combined with promotion of the app through our in-store catalogues will work well.”

Previous Story
← “Don’t be Squeamish. Go and get tested!”
Next Story
My partner’s love for me saved my life →