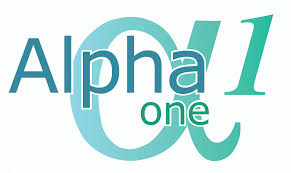 Can you name the common condition that causes lung and liver disease but is rarely diagnosed?

Alpha-1 Awareness, but how many of us actually know what this stands for? Did you know, for example, that Alpha-1 is one of the most common hereditary disorders in the world and can even lead to liver or lung disease?

If this is the first time you have heard of Alpha-1, then you’re not alone, according to Alpha-1 Association of Australia (AAA) president, Steven Knowles.

“It’s somewhat of a conundrum why Alpha-1 is so little known and misunderstood, especially when an estimated one in nine Australians carry a defective gene,” Mr Knowles told MedAdvisor.

“It may be that manifestations of Alpha-1-related disease are under-diagnosed or it may be that there is not yet any government-funded treatment available for Alpha-1 in Australia.”

What’s certain, according to Mr Knowles, is that greater education is needed to fund, develop and deliver programs.

So what exactly is it?

Our liver produces the protein AAT, but in people with the Alpha-1 condition, there is a deficiency of AAT in their bloodstream.

AAT is important because it helps to protect the lungs, by guarding delicate lung tissue from an enzyme known as neutrophil elastase.

The normal function of neutrophil elastase is to remove inhaled material that has entered the respiratory system, such as smoke and other pollutants, but in the absence of AAT to control it, neutrophil elastase will attack healthy lung tissue, as well.

Most commonly, this leads to lung disease, however, the build up of AAT in the liver can also lead to liver disease. It can also cause early onset emphysema, and to a lesser extent a severe skin condition known as panniculitis.

Should you be tested for it?

Ask your doctor about being tested if any of the following apply to you:

Testing is relatively straight-forward, but the challenge is in finding experts, including those in the medical fraternity, who can talk knowledgeably about the condition.

“There are too many patient-facing medical professionals who have never heard of Alpha-1, or don’t take the time to understand the biology and risk factors,” Mr Knowles says.

“I’ve heard with my own ears a family physician informing a patient that Alpha-1 is lung-related illness, it has nothing to do with the liver, after the Alpha-1 patient had inquired how a particular drug impacted on the liver.”

In fact, Mr Knowles says it’s been estimated to take an average of between seven and eight years between a patient developing symptoms, and correct diagnosis.

“This gets back to the need for education,” Mr Knowles says.

“The most important thing for Australia right now in regards to Alpha-1 is for the government to fund augmentation therapy — which uses AAT from the blood plasma of healthy human donors to increase the alpha-1 levels in the blood and lungs of those diagnosed with emphysema.

“And to assist with the establishment of a national Alpha-1 register.”

What to do if you have it

If you are diagnosed, your first instinct may be to panic, but as Mr Knowles points out, having a defective Alpha-1 gene does not mean that diseases will necessarily develop.

“Many who are diagnosed with Alpha-1 walk away from that initial diagnosis thinking that their days are numbered, and this is a result of under-education,” he notes.

“Without understating the severity of Alpha-1 in some cases, there’s usually a substantial number of years between an initial symptom, and any grave concern.”

Your degree of risk in developing disease also depends on the type of defect (genotype), your Alpha-1 levels, and environmental factors.

“The latter is something over which control can be taken most of the time,” Mr Knowles said.

In fact, there are usually plenty of lifestyle choices that an Alpha-1 patient can make in order to maximise the chance of a healthy and normal life.

“For those Alpha-1 patients experiencing evidence of lung deterioration, minimising exposure to pollutants is one such measure, especially avoidance of smoking,” Mr Knowles says.

“For liver-affected patients, eliminating or at least moderating alcohol consumption is an important consideration, as well as being mindful of pharmaceuticals which have a significant impact on your liver.”